With great pleasure we thank Ádám Plézer, our old friend and a great photographer for his very beautiful and high quality panoramas of the French Polynesia. This is the third virtual tour, which Adam captured for our website. We truly hope for further cooperation and looking forward to see his new excellent panoramas!

In the South Pacific Ocean, there are exotic islands of French Polynesia. There was a time when the way to this place was long and tiresome, and even with the development of the aviation industry the journey from Europe still can take up to 24 hours or even more (via a connection in the USA, New Zealand or Japan). But no complications can stop those who truly want to dive into the magical atmosphere of the Polynesian islands. 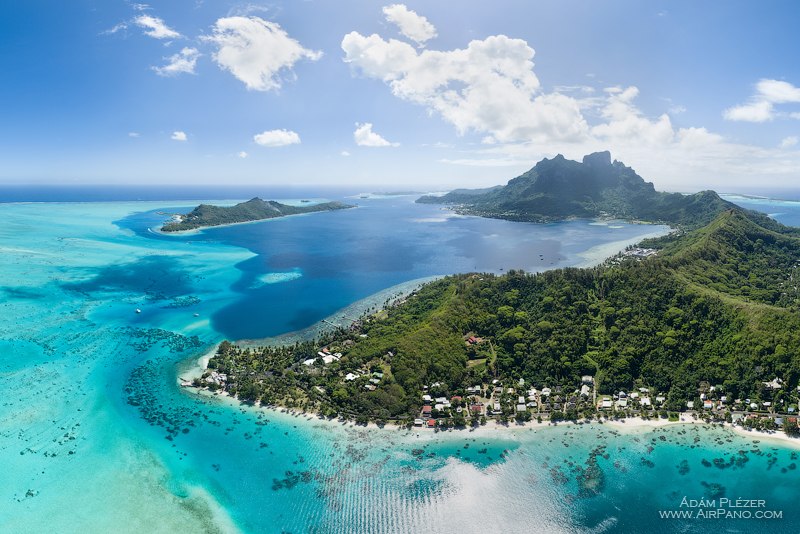 The history of French Polynesia is associated with a lot of outstanding names: the artist Paul Gauguin, the writer Robert Louis Stevenson, some of our contemporaries — the singer Joe Dassin, the actors Jacques Brel and Marlon Brando. We hope that you too will feel the charm of these magical lands.

The largest and the most famous island of French Polynesia is Tahiti with the total area of more than 1,000 square kilometres. Still, this overseas collectivity of the French Republic is composed of many other islands and atolls. Bora Bora, the atoll located 280 kilometres north-west of Tahiti, is another very popular destination in French Polynesia. Its total land area is rather small — only 29 square kilometres, but it has the lagoon of 83 square kilometres and considered one of the most beautiful in the world. 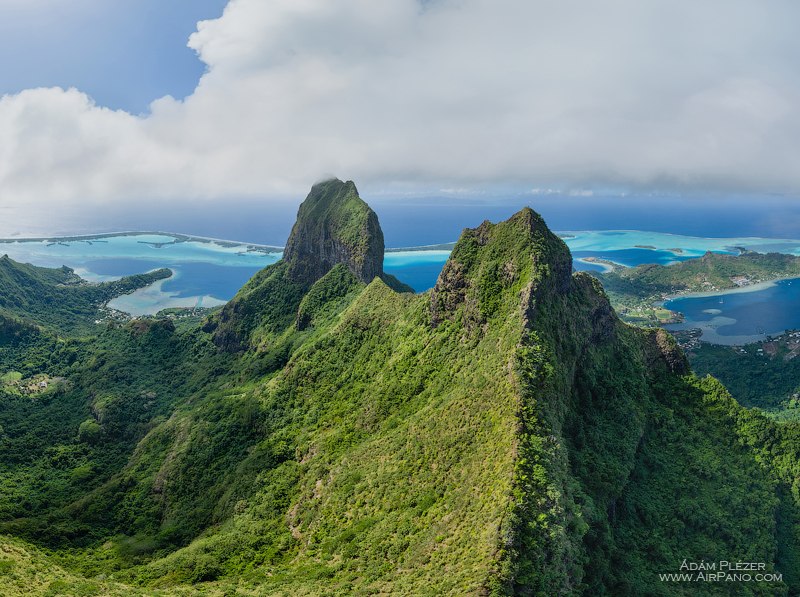 The main island of the atoll has a peculiar form and rises in the middle of its water area, surrounded by coral islets called motu. The highest point of Bora Bora is mount Mount Otemanu, rising at 727 meters, which is the cone of the extinguished volcano dated 4 million years old. A lot of top-level hotels work on the territory of Bora Bora, but all them are located on the coast; there are practically no roads leading into the depths of the island covered by thick vegetation.

More than 300 kilometres away from Tahiti there is Rangiroa — the largest atoll in the Tuamotu Archipelago, and the second largest atoll in the world after Kwajalein atoll in Micronesia. It has the lagoon of 1,640 square kilometres — enough space for enclosing the whole Tahiti island! Though the land area of Rangiroa is rather small: the total surface territory of 415 small motu islands is only 79 square kilometres. Only a few are inhabited and they are connected to each other by lovely bridges. 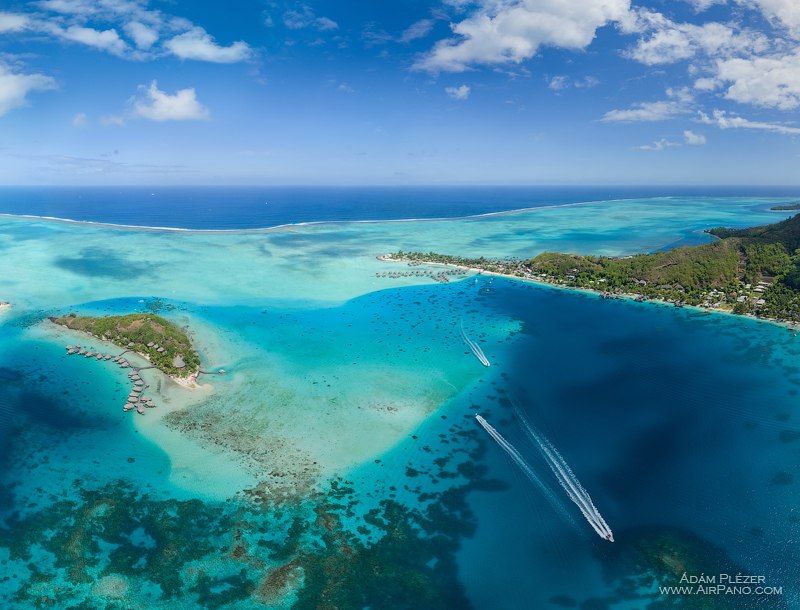 The population of Rangiroa does not exceed 3,000 people, and thousands come here from all over the world to enjoy the beautiful natural sites. The transparency of water can be up to 25 meters and provides huge opportunities for diving and snorkelling. For the most well-off people there is Kia Ora Resort in the southern part of the atoll, and it is accessible only by water.

The islands of French Polynesia are also interesting for being quite different from each other. The most exotic place is the easternmost island of the Leeward Islands group — Huahine. It is nicknamed by locals as "Wild" and in fact, it is made up of two main islands (Huahine Nui, "Big Huahine", and Huahine Iti, "Little Huahine") formed by the invasion the Maroe bay deep into the land.

Huahine attracts amateurs of history and mysteries: it is the largest archaeological centre that has preserved the evidence of the ancient Polynesian cultures. One of the attractions of Huahine is the bridge over a small stream where eels reaching up to two meters live. Local legends claim them to be sacred fish. But in the first place Huahine is famous for the phenomenon of a "green ray": before hiding behind the horizon, the solar rays are refracted in a special way in the atmosphere and a green flash can be visible. This phenomenon can be witnessed only in a few places in the world, and Huahine is the most picturesque one. 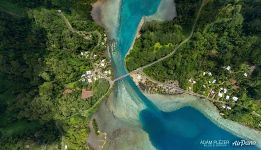 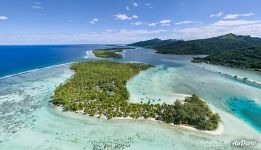 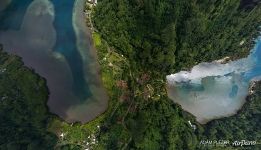 Planet of Huahine. Bridge between the islands Huahine-Nui and Huahine-Iti 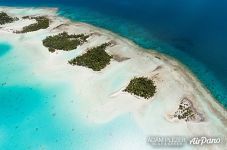 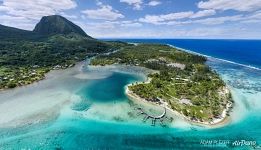 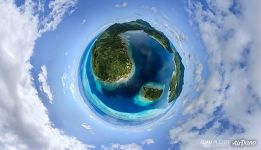 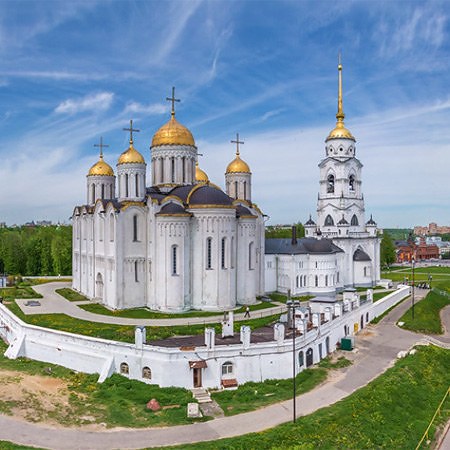